The Making of Burley Bushings

In 2006, BMS began production of the tube style control arms (updated now to the billet aluminum-style arms) to fix the camber and other front-end geometry issues that arise when the ride-height of a van is altered. These camber and geometry issues are often exacerbated when lift-kit springs are installed.

Once lift springs are installed, the OEM VW upper control arm becomes too short, causing the original geometry to change, not allowing the camber to be adjusted within factory specs. Inaccurate camber adjustment (ie; too much negative camber ) causes premature / uneven tire wear, primarily on the inside
edge of the tire.

The BMS Upper Control Arms feature a proprietary geometry to address these issues specifically .In fact,the threaded Burley heim joints, which come installed on the ends of each arm, allows the length of the control arm to be fully adjustable.This gives our arms the ability to correct any degree of camber adjustment issue that arises from the installation of any spring, in any size.(The arms are shipped with the heims alredy adjusted to a static setting that works well with most off-the-shelf lift springs. The factory camber washers are then used to make the final fine-tuning adjustment.)

Burley heim joints feature grease zerk fittings to ensure a long, quiet, squeak-free life, and they are fully rebuildable if the day should ever come that they need service.The uniball inside the heim is insulated on both sides with vibration dampening plastic cups, eradicating road noise and vibration.In addition, the joints deliver a more stable and responsive handling of your van. After 5 years, we have not had a single joint that has needed to be rebuilt. 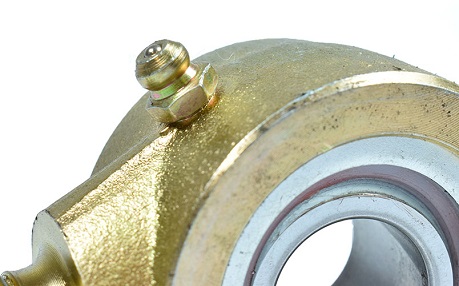 Zerk fitting on the heim joint 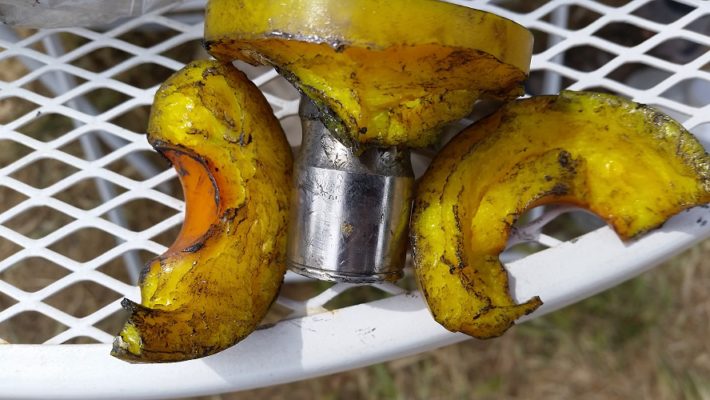 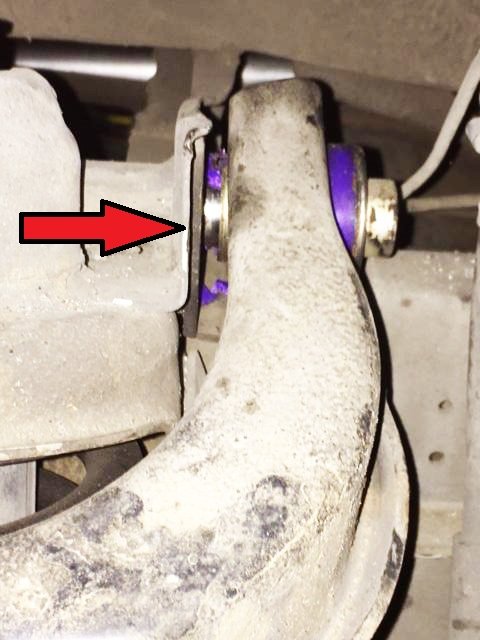 A broken Powerflex bushing on an upper control arm here, the result of literally squeaking itself to death….

We at Burley Motorsports stand behind every product we make.  We deliberately make our products strong and durable.  And while it may seem a bit overkill, the safety of our customers and the longevity of their vehicles is of paramount important to us.  In fact, we have sold our 2WD Upper Control Arms with these same heim joints to engineers over at Volkswagen to fix camber / alignment issues on their own personal Vanagons,  and we have had them commend us on producing a superior product. 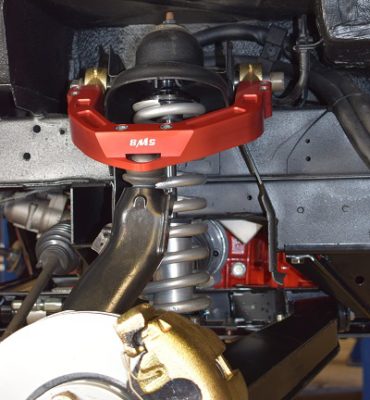 While we are on the subject of polyurethane bushings, I would like to briefly touch where to use and where not to use urethane bushings on a van, along with brief reasons/ proven facts as to why …

Places where we recommend NOT using urethane bushings, along with reasons other-brand bushings are not as popular as our proprietary BMS bushings:

For these reasons BMS recommends using the OEM rubber bushings in these locations and we have very competitive pricing of top quality bushings.

Our redesigned, new-generation Burley Motorsports Lower Control Arm Bushing Kit features a slotted inner bore to hold grease next to the precision-machined 304 stainless steel sleeves.  This gives a nice fit to the arms and makes them even easier to install than OEM (or other bushings) found on the market.